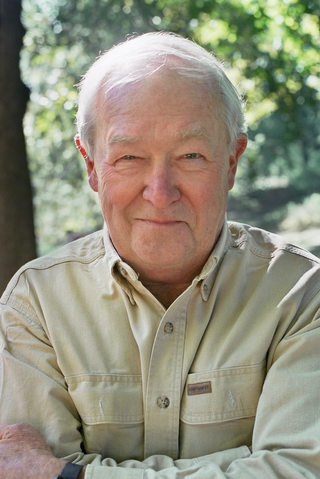 ...the distinguished professor of philosophy at the University of Notre Dame, author of many books on ethics. His mailing address is: 316 Hesburgh Center, Notre Dame, IN 46556. His email address is: Sterba.1@nd.edu

People get us mixed up all the time. He is a very nice guy. I wrote a story about him in 1989. You can read it on this page.

I wrote another article in July 2019 about us getting ever more mixed up on the Internet. It is also on this page.

Jim Sterba has been a foreign correspondent, war correspondent and national correspondent for more than four decades, first for The New York Times and then for The Wall Street Journal.

He began at the Evening Star in Washington, D.C., in 1966 and a year later became assistant to James Reston, the New York Times columnist. In 1969 he went to Vietnam to cover the war, and moved to Jakarta 18 months later as Times correspondent for Southeast Asia. During that time he covered the 1971 India-Pakistan war, guerrilla wars in Sri Lanka, Malaysia, Thailand and the Philippines, famine in Afghanistan and the return of U.S. prisoners from Vietnam.

In 1973, Sterba became a national correspondent for the Times, based in Denver and Houston. He returned to Asia in 1979 to cover the Vietnamese invasion of Cambodia, stayed on as bureau chief in Hong Kong and China correspondent. He returned to New York in 1982 as a science reporter.

In November 1982, Sterba joined the Wall Street Journal as a reporter and editor on the foreign desk, became an assistant foreign editor in 1984 and a senior special writer in 1986, reporting mainly from Asia. In 1989, he covered the Chinese student demonstrations and the subsequent military crackdown on them in Beijing's Tiananmen Square. Later while based in New York, he continued to travel to Asia and, in the U.S., write about wildlife and outdoor sports.

Born in Detroit, Sterba grew up on a farm in central Michigan, is a graduate and distinguished alumnus of Michigan State University. He is the author of Frankie's Place: A Love Story. He lives in New York City with his wife, the author Frances FitzGerald.
#

WILL THE REAL JIM PLEASE STAND UP?

I'm Jim Sterba, and So Is He
In 1989 I learned that another writer shares my name. Google isn't making things easier.

It's the 30th anniversary of the fall of the Berlin Wall, cracks in the Soviet Union, the Tiananmen massacre, "Driving Miss Daisy's" best-picture Oscar, and my report in this paper about the other James P. Sterba.


I thought I was the only one. In a country awash in John Smiths and Bob Joneses, the surname Sterba is rare. A few Jim Sterbas were afoot in the 1980s, but another James P. Sterba?

No way—that is, until a friendly librarian sent me a book jacket: "The Demands of Justice" by James P. Sterba. It said he was a philosophy professor at Notre Dame. I wrote to him. He told me that his P stood for Paul, like mine, and that we were the same age (he's 48 days younger) but not related. We'd never crossed paths. We never got each other's mail or phone calls. We were both authors, but booksellers didn't mix us up.

Then along came social media, and now we're mixed up all the time. The other Mr. Sterba gave a talk a while back at Loyola University in Chicago, and sponsors made up some posters to spread the word. Someone probably did a quick photo search, and guess whose mug shot ended up under "Dr. James Sterba"? Me! This April he gave a talk at South Texas College, titled, "Libertarianism, Refugees, and Trump's Wall." The poster boy again: Moi!

If we were Tom Browns, researchers would double-check. But they assume we are one, and search engines abet those assumptions.

In old-fashioned newspapers, errors get corrected overnight. On social media they seem to live forever. Type in James P. Sterba on Google, and he gets top billing. Over on the right is a photo of him. But under his ID are books, the first of which is "Frankie's Place: A Love Story." That's my book! Worse, Frances FitzGerald is pictured as his wife. She's my wife! Google Frances FitzGerald and over on the right are her mother, father and husband, James P. Sterba. But the photo is him! My efforts to correct Google have gone nowhere.

Meanwhile, the other James P. Sterba is about to publish his 18th book, "Is a Good God Logically Possible?" His answer: No. In an email, he wrote: "I argue for the view that the all good, all powerful God of traditional theism is logically incompatible with the degree and amount of evil in the world. This is an unusually strong stance . . . [that] adds a brand new arrow to the atheist's quiver." Remember, this guy teaches at a Catholic university. He expects an uproar from various God squads. And some of the fallout will rain down on me.

Unless, perhaps, I make this confession: I wasn't always a Sterba. I was born James Paul Watts. When Frederic Sterba became my mom's second husband, they decided he would forgo formally adopting me. Instead, their attorney filed a simple name-change petition with the county Probate Court for $2 plus court costs.

FOR JIM TO TALK TO YOUR GROUP